NOTE: Hunterdon County Historical Society members will be asked at the March 13 annual meeting to vote on its proposed new bylaws. You can review the bylaws prior to the meeting below or Download them HERE.

The Meeting: A fascinating discussion on dating early houses using the science of dendrochronology will be featured at the Hunterdon County Historical Society’s annual spring meeting on Sunday, March 13 at 2 p.m. 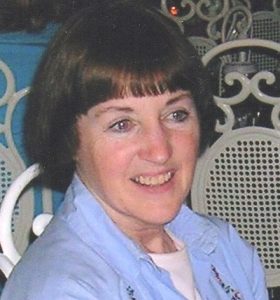 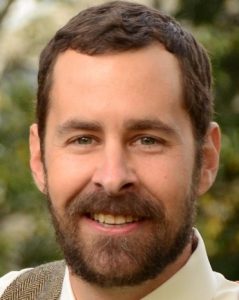 Marilyn Cummings and Michael Cuba will team up for this presentation. Dendrochronology — or “tree-ring dating,” as it is sometimes called — offers valuable insights into a building’s history by revealing the year when the timbers used in its construction were felled. Cummings will begin by providing general information on and clues to visually dating early houses, and Cuba will delve into the science of dendrochronology.

Of particular interest, the program will spotlight the duo’s research into three important early Hunterdon County buildings. “I don’t want to tell too much here, but our results . . . will change history,” Cummings teased.

The program is free and open to all; reservations are not required. It will be held at the Flemington Presbyterian Church, 10 E. Main St. Before the talk, HCHS members will vote on new organization bylaws and will approve two new Board of Trustee members.

Cummings taught at Purdue, Mississippi State and Colorado State universities before arriving in Hunterdon County in 2003. She began documenting historic homes shortly after starting the Delaware Township Historical Society. Since that time, she has documented more than 100 homes, and with Cuba’s expertise, numerous barns and outbuildings. She also is the driving force behind the History Mapping website (www.historymapping.org). 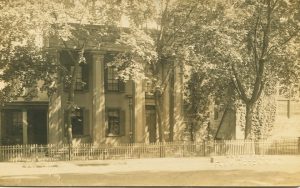 ARTICLE I
Section 1. Name: The name of the organization shall be the Hunterdon County Historical Society (HCHS), a nonprofit 501c3 corporation formed under the laws of the State of New Jersey.
Section 2. Purpose: The purpose of the corporation is the collection and proper storage of all material pertaining to the history of Hunterdon County as well as the charitable and educational study and interpretation of Hunterdon County’s history, the preservation of its historic sites, manuscripts, film, digital items, and artifacts, and the dissemination of information about Hunterdon County and its illustrious past.

ARTICLE III
Meeting of Members
Section 1. Annual Meeting: An annual meeting of the members shall be in the month of March, the specific date, time, and location to be established by the Board of Trustees, for the purposes of electing Trustees and for the transaction of such other business as may come before the meeting. A majority of the membership present shall constitute a quorum for the annual meeting. A notice of the annual meeting shall be transmitted to all members at least two weeks prior to such meeting.
Section 2. Special Meetings: Special meetings of the members may be called by the President, the Board of Trustees, or one-tenth of the members eligible to vote, upon 48-hour notice via email or mail to the membership setting forth the nature of the business to be transacted.
Section 3. Procedure: With respect to all disputes regarding procedure, Roberts Rules of Parliamentary Procedure shall be binding.

ARTICLE VI
Duties of Officers
Section 1. President: The President shall be the principal executive officer of the organization and shall in general supervise and oversee all the business and affairs of the organization and preside at all meetings of the membership and of the Board of Trustees and shall call regular and special meetings of the Board. Subject to the provisions of the Certificate of Incorporation and of these by-laws, the President may co-sign, with the Secretary or Treasurer, any deeds, mortgages, bonds, contracts, leases, or other legal instruments, which have been duly authorized to be executed; and in general, shall perform all duties incident to the office of President and such other duties as may be prescribed by the Board of Trustees.
Section 2. Vice-President: In the absence of the President or in the event of his inability to act, the Vice President shall perform the duties of the President, and when so acting, shall have all the powers of and be subject to all the restrictions upon the President. The Vice-President shall perform such other duties as may be assigned by the President or the Board of Trustees.
Section 3. Secretary: The Secretary shall be responsible for keeping records of Board actions, including oversight of the taking of minutes at all board meetings, sending out meeting announcements, distributing copies of minutes and the agenda to each board member and assuring that corporate records are maintained.
Section 4. Treasurer: The Treasurer shall keep full and accurate accounts of all the financial transactions of the organization and shall submit a report of his accounts at each regular monthly meeting of the Board of Trustees and a written report at least quarterly. The Treasurer shall assist the Finance Committee in the preparation of the budget and the annual audit and such other duties as may from time to time be assigned by the President or the Board of Trustees.

ARTICLE VII
Committees
Section 1. Nominating Committee: Annually, in January, the President shall appoint three members of the organization in good standing to serve as a Nominating Committee. At the February Board meeting, this Committee shall submit the report of nominees to serve as members of the Board of Trustees to the Secretary of the organization.
Section 2. Other Committees: Such other committees as are deemed necessary shall also be appointed by the President and there shall be at least one member of the Board of Trustees appointed to each said committee. Standing Committees include Finance, Archives, Collections and Building and Grounds with President as ex officio member on all committees with no voting privileges and does not count as part of a quorum.
Section 3. Vacancies: Vacancies in the membership of any committee may be filled by appointments made in the same manner as provided in the case of the original appointments.
Section 4. Quorum: A majority of the committee members shall constitute a quorum and the act of a majority of the members present at a meeting at which a quorum is present shall be the act of the committee.

ARTICLE VIII
Finances
Section 1. Budget & Annual Reports: The Board shall approve an annual budget. All expenditures must be within the budget. The fiscal year of the organization shall be the calendar year. Annual reports shall be submitted to the Board of Trustees showing current and projected income and expenditures.
Section 2. Financial Records: The financial records of the organization are public information and shall be made available to members, Trustees and the public.
Section 3. The Finance Committee is responsible for the organizations investment portfolio and establishing the annual budget.

ARTICLE X
Order of Business
The general order of business as described in Robert’s Rules of Order will be followed at all meetings of the Membership and Board of Trustees.

ARTICLE XI
Amendments
Section 1. Amendments to these by-laws may be made at the annual meeting of the organization, or at any special meeting called for that purpose, by a majority vote of the eligible voting members present; provided that no such amendment shall be presented unless notice of said proposed amendment shall be provided at least 2 weeks prior to said meeting to all members of the organization.

CERTIFICATION
These bylaws as amended were approved at the annual meeting of the organization March 2022.